Therapy Center is excited to share the following article posted by Bruce Alpert, of the Times Picayune. As a company who strives to provide the best care to very deserving patients, the Therapy Center believes the passing of the Steve Gleason Act is a win for the speech therapy profession, but most importantly for ALS community.

Article posted by the Time Picayune: 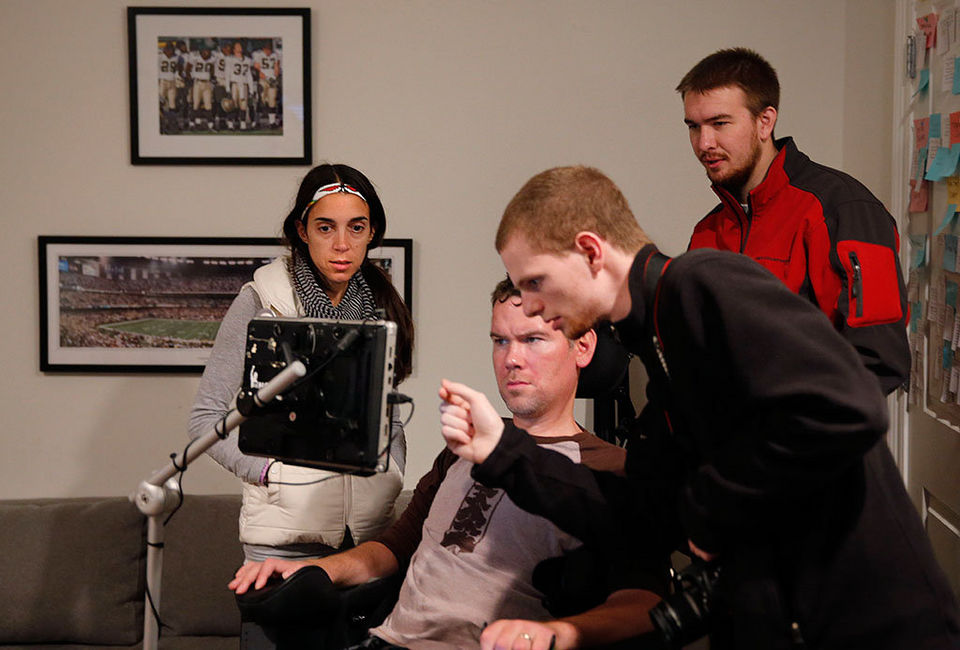 WASHINGTON Speaker John Boehner Tuesday (July 21) formally sent legislation named for Steve Gleason to the White House for what he and sponsors hope will be a quick bill signing by President Barack Obama.

The legislation would make speech generating devices, such as the one used by Gleason to communicate, more readily accessible for patients with ALS and other neurological disorders. It does this by making the devices eligible for reimbursement through Medicare and Medicaid/

Scalise said Gleason inspired an entire city back in 2006 at the first New Orleans Saints game at the Superdome after Hurricane Katrina when he blocked an Atlanta Falcons punt to give the Saints the first touchdown on the way to a 23-3 victory. Now, Scalise told his House colleagues last week, Gleason is inspiring an entire nation by leading a grass-roots effort to persuade Congress to ensure all Americans have access to the same speech generating device that helps him communicate.

As the bill passed by voice vote last week, McMorris-Rodgers said she was happy to sponsor the bill.

“Gail and Steve feared thousands of people would lose their ability to communicate with the world around them to share their stories; order coffee; tell jokes; ask for help; or say ‘I love you,” McMorris Rodgers said. “Before eye tracking technology became available, once people lost their ability to type, they could no longer communicate, but that all changed with this revolutionary innovation.  Today, patients can continue communicating by typing with their eyes.”

David Vitter made this announcement on the passing of the Steve Gleason Act:

I’m proud to share some exciting news out of Congress. The House of Representatives passed my bipartisan legislation, the Steve Gleason Act of 2015!

This legislation was inspired by Steve Gleason. As you probably know, Steve is a former professional football player with the Saints, and he currently lives with Amyotrophic lateral sclerosis (ALS). While fighting the disease, he has led his foundation, Team Gleason, to grow public awareness towards finding a cure for ALS. Steve has been relentless in his advocacy, living up to the Team Gleason motto: No White Flags!

Passing this legislation is a huge victory for ALS patients across the country because it will make speech-generating devices more accessible and affordable.

These devices are truly amazing. For example, the device that Steve Gleason uses tracks the motion of his eyes and translates that motion into speech. Devices like this are critical for patients who have lost their ability to speak they help them communicate with friends, family or doctors, or even call 911 in case of emergencies.

Now our legislation will bring this type of technology to patients across the country that cannot afford them on top of their other healthcare costs. Making this equipment more accessible and affordable will give them the ability to communicate with their family and friends even literally giving them a voice and the ability to simply tell them I love you.

Passing this legislation has been more than a year in the works. I started working on this issue in 2014â€”and even participated in the ALS Ice Bucket Challenge with my son Jackâ€”and first introduced this legislation in January. That was around the time I invited Steve to come to Washington D.C. as my guest to the State of the Union this year. We also met with the Secretary of Health and Human Services about getting her help to move our legislation forward.

Steve and the rest of Team Gleason have been an incredible inspiration. Just as Steve gave the city of New Orleans hope to rebuild after Hurricane Katrina, his No White Flags message is giving hope to the ALS community.

Thanks to Team Gleason’s tireless work, we can bring this hope to patients across the country.